But there are times when the typical stink gets out of control and it starts to affect our confidence and daily life.

That’s when deodorants and antiperspirants come to save the day and one of the best names in the armpit business has always been Mitchum.

Mitchum: The story behind the brand

Mitchum has been in the beauty and hygiene industry for centuries now. It all started with the Mitchum sisters discovering a skin cream formula to bleach freckled skin.

At a time when alabaster skin was the trend, this cream sold like hotcakes because women wanted to get rid of their freckles and the sisters enjoyed the good profit from it.

When one of the sisters Nell Mitchum married William Warren, they would start the Paris Toilet Company with his father and brothers-in-law.

It was renamed to Golden Peacock in 1928 that created a full line of cosmetic and hygiene products including the famous Golden Peacock Shampoo that enjoyed huge sales.

After many years of success, one of Warren’s sons, Mitchum Warren changed the name to Mitchum not only because it was his first name and his mother’s maiden name but also because he grew tired of being constantly asked if they manufactured toilets.

In 1957, Warren hired Bill McNutt to help him formulate an antiperspirant that would control body odor and perspiration without leaving any stains on clothing.

After months of getting the formula right, Mitchum released its first antiperspirant that went on to become such a huge hit that it changed the preferences of Americans from deodorants to antiperspirants.

The company’s marketing slogan So effective you can skip a day was widely popular until 2007.

During the late 60s, the Revlon Corporation purchased Mitchum after the death of Mitchum Warren.

But due to controversies, the company started using a new active ingredient 25% aluminum sesquichlorohydrate.

Later on, they released a new water-based Smart Solid deodorant line and the Mitchum Advanced Control; which is an invisible solid deodorant using the old active ingredient.

The top Mitchum deodorants and antiperspirants

Mitchum has released several deodorants over the years. But these products have been the best according to critics and consumers:

One of only a few Mitchum products left using the original antiperspirant ingredient aluminum zirconium tetrachlorohydrex gly 20%, this roll-on deodorant is designed to help control body odor and wetness.

It also contains Aloe Barbadensis Leaf Extract that’s gentle on the skin and it is unscented to not overpower your perfume or body spray.

One of the newer Mitchum variants, this men’s antiperspirant power gel is created using a new technology that enhances its performance in controlling body odor and wetness. This unscented gel also glides smoothly on the armpits and stays exactly where it’s placed. This antiperspirant power gel is popular for active men because of how it controls sweat levels and kills bacteria that cause body odor while being unscented to not overpower your perfume.

Designed specifically for active women, this Mitchum Antiperspirant Power Gel has gained a cult following because of how it has helped thousands of women control body odor and wetness. Using the company’s Oxygen Odor Control Technology, this powerful antiperspirant dries quickly, is clinically proven to offer 48 hours of wetness protection and doesn’t leave any stains on your skin or clothing.

It also comes in powder fresh scent and it contains aloe to keep your armpits soft.

Another product that infuses Oxygen Odor Control Technology, the Mitchum Advanced Gel Mountain Air has been proven to eliminate even the toughest body odors. The technology releases extra oxygen to the armpit to kill any anaerobic bacteria that causes body odor. This deodorant dries quickly and never leaves a trace on your clothing.

It also controls excessive moisture by preventing the armpits from sweating. 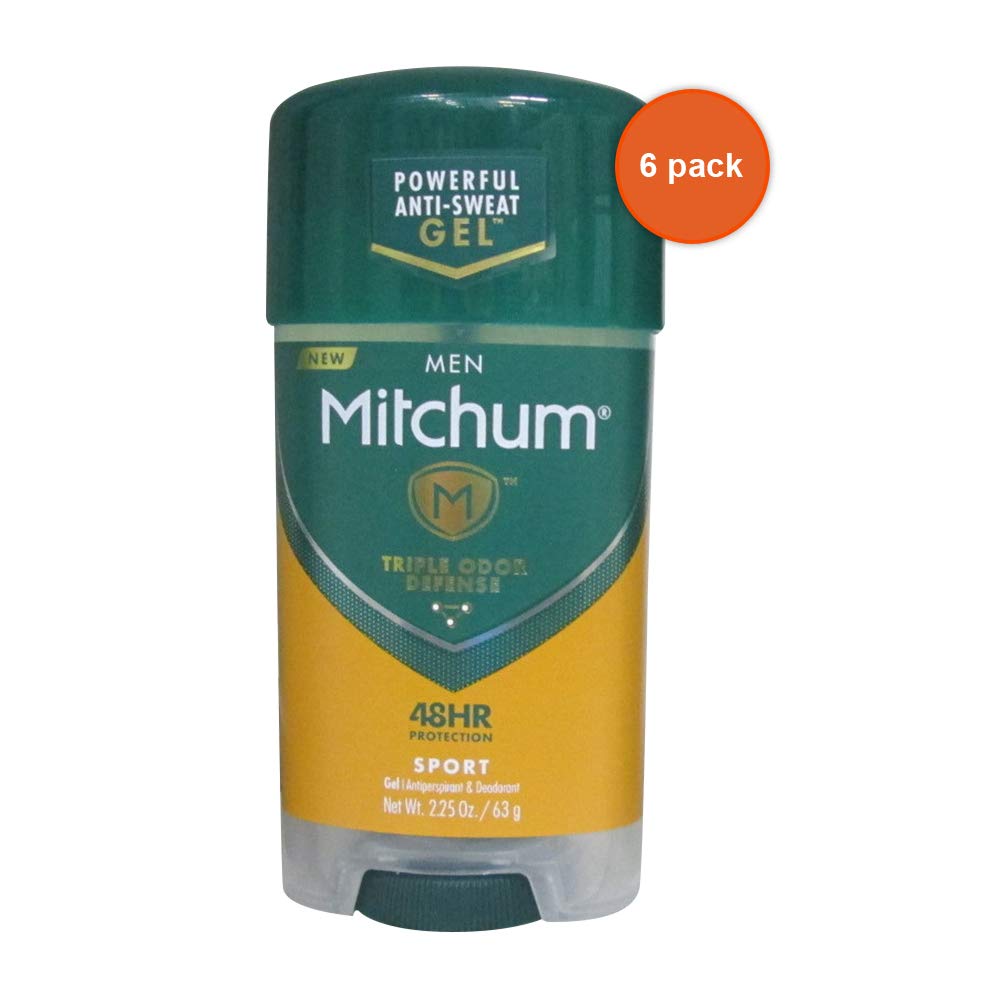 With up to 48 hours of protection, there’s no doubt that the Mitchum Men’s Gel Antiperspirant is one of the best products in the market today.

Designed for men who are under physical stress, this antiperspirant boasts of Mitchum’s Triple Odor Defense System.

It also protects the armpit against stress, heat, and motion. It also glides on smoothly on the skin and has been tested by dermatologists to not cause any allergic reactions.

Like most Mitchum products, this antiperspirant is also unscented and alcohol-free.

Although Mitchum deodorants have different formulations depending on what they’re specifically designed to do, almost all of these variants contain Aluminum Sesquichlorohydrate 25%.

But Mitchum has also started using its original active ingredient Aluminum Zirconium Tetrachlorhydrex Gly 20% in all its roll-on variants.

Both these ingredients keep the sweat glands from producing sweat that has made it one of the best antiperspirant and deodorant brands in the market for centuries.

Mitchum has stood the test of time because of its efficiency in preventing body odor.

For many years, it has developed several products that help users deal with perspiration and body odor without harming the skin or leaving stains on clothing.

Some of its best deodorants have been proven by consumers to get the job done.

When choosing the best Mitchum deodorant, always consider two things: your specific needs and personal preferences. One of the best things about it is that it has a product to tackle different body odor issues.

So whether you live an active lifestyle or you just want something to help you smell fresh without staining your clothes, you can guarantee that Mitchum has something to offer for you.

Actionable tips for everyday skin care products. No size fits all, especially when it comes to what when it comes to our own special needs. That’s why we’re on a mission to write and review on all the different skin care types and brands.  We don’t just review and write guides on deodorants, as the name emplies. But a wide variety of prodcuts that you can apply to your skin.